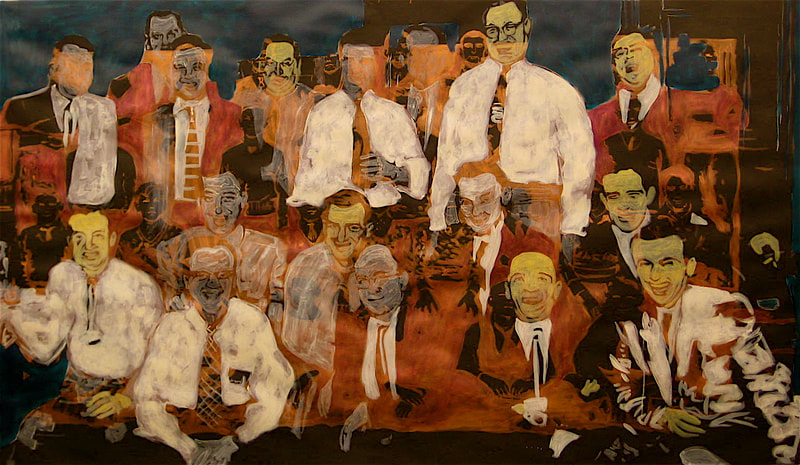 ​Meghan Burke McGrath is best known for her large scale, colorful paintings on paper that express the search for memory.  The paintings take on a woodblock, print-like appearance with two inch white borders and layering images.  Portraits and  architectural imagery are juxtaposed to transcend the literal and capture the complexity of memory.  Rather than nostalgia, memory serves as a visual history.  The portraits become metaphors for maps describing time, place and linear movement.

McGrath developed her interest in painting on paper during her graduate years at Colorado State University.  For an independent study in printmaking, she made large scale prints of overlapping photos.  These works were pivotal to her artistic path, and eventually led her away from working with oil on canvas to acrylic on paper.

Born and raised in the suburbs of Chicago, McGrath grew up taking classes at the Art Institute of Chicago.  It was there she began to discover self expression through visual arts.  She studied art at Northern Arizona University, earning a BFA in Painting and BS in Art Education.  She completed her academic education with a MFA from Colorado State University in 2009.

​McGrath resides in Shorewood, Wisconsin with her husband and two children where she is currently an active artist in her community.  She taught art K-12 in Chicago and Milwaukee, and at the College level at Colorado State University.  McGrath is collected and exhibited throughout the United States.